As 1840 dawned, New Zealand was officially incorporated into the British Empire. A small number of British immigrants had trickled to New Zealand in previous years, and had made their living in sealing and whaling, as well as in timber, agriculture and livestock. The floodgates really opened in 1840, however, with wave after wave of British and Irish immigrants flowing to settle in the newly incorporated territories.

Three major streams of migrants made their way to New Zealand between 1840 and 1852. The largest group consisted of assisted immigrants who were brought in to populate the New Zealand Company settlements. This group settled first in New Plymouth, Nelson and Wellington (between 1840 and 1842), and later in Otago and Canterbury (between 1848 and1852).

The second wave brought groups of land purchasers and free migrants. Many of these settlers came from an Irish background, and the majority of this group made their home in the Auckland province.

The third wave began in 1845, and brought a predominantly military crowd. Over 700 men who had been sent to New Zealand during the Northern War (1845-1846) were discharged from the British regiments and chose to stay and settle. Over 2500 men, women and children also travelled to New Zealand as part of the Royal New Zealand Fencibles – a regiment sent to provide military protection to settlers near Auckland. Smaller groups also arrived in New Zealand throughout this time, such as the 514 migrants from Paisley who settled in Auckland in 1842.

From 1853 onward, New Zealand saw a dramatic increase in population, rising from around 20,000 to over 250,000 (non-Maoris). The provincial governments offered an alluring prospect to migrants from Britain and Ireland, not only providing assistance with fares, but even offering land grants in some cases. When gold was discovered in Otago in 1861, and then in Westland in 1865, emigration to New Zealand reached its peak as aspiring miners flooded in hoping to make their fortunes.

At the same time, war broke out once more between the settlers and the native Maori tribes. The British government sent a number of imperial foot regiments to resolve the conflict, and subsequently, over 2000 of those men decided to settle in New Zealand once they were discharged from service. Most of these men chose to take their discharges in Auckland, though smaller numbers did settle in New Plymouth, Wanganui and Wellington.

This time period (from 1853-1870) saw the greatest flow of migration. Over 45,000 people arrived in New Zealand in 1863 alone, with English and Irish nationals making up a substantial percentage of the total. From1853 to 1870, over 46% of immigrants to New Zealand were born in Britain, closely followed by approximately 21% who were born in Ireland. Of note, a large number of Highland Scots also made the voyage at this time, and made up a little over 30% of the total migrant population. 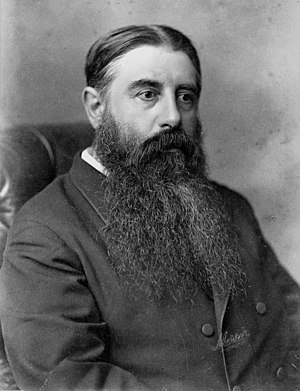 When immigration to New Zealand began to drop off some following the gold rush, New Zealand’s Premier, Sir Julius Vogel answered with an expansionist policy. He proposed deferred payments and guaranteed employment upon arrival for new migrants. He particularly hoped that new settlements on lands taken from the Maori would bring a measure of peace and security.

Some feared that New Zealand would become a “receptacle” for the “refuse population of large towns and cities, composed of beings hopelessly diseased in body and mind, deficient in all capacity for useful labour, vagrant and idle alike by habit and inclination, paupers by profession, and glorifying in being so.” In answer to those fears, Vogel proposed careful selection of immigrants through the Immigration and Public Works Bill.

This bill, in fact, simply allowed the government to bring in the type and quantity of immigrants requested by provincial superintendents. Over the next few years, the scheme expanded to provide subsidized or free passage, as well as the opportunity for settlers to nominate friends or relatives for immigration from England or Ireland.

The London-based Agency General followed and launched an all-out campaign to recruit immigrants. Through recruiting agents and lectures, the agency worked tirelessly to attract immigrants in general, but agricultural labourers and women in particular. The decade from 1870-1880 saw over 100,000 assisted migrants relocating to New Zealand. 1874 alone produced over 32,000 assisted migrants, making it New Zealand’s highest level of annual net migration ever.

Immigration was also encouraged in the private sector. For example, George Vesey Stewart was a gentleman entrepreneur from County Tyrone, who came to obtain 10,000 acres of land in New Zealand. To this parcel of land, he eventually attracted four groups of Protestant families from Ulster County.

Throughout this period, New Zealand’s non-Maori population increased from approximately 256,000 in 1871 to over 624,000 by 1891. A majority of the immigrants to New Zealand continued to come from the United Kingdom, making up approximately 54 % of the gross number.

Emigration from the UK continued to wax and wane throughout this time, and was determined in large part by the economic climate in New Zealand at the time. The depression of the 1880s and early 1890s certainly made New Zealand a less appealing option for migrants – especially once assisted migration was cut during the late 1880s. It wasn’t until the turn of the century that New Zealand once again became an attractive destination for migrants.